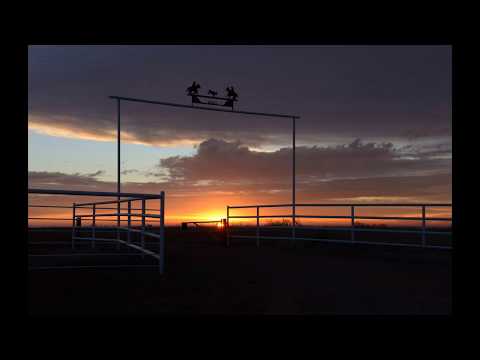 Views from the December 22, 2014 trip across Texas and New Mexico. On my way to the land of towers.

I left south Georgia on the 21st and drove to Oklahoma City. It was a long haul with few stops. I had seen all the sites many times before. I was not interested is spending time photographing the known, no matter how much I may like it. The task for that day was to click off miles. I made a couple hundred more than I had hoped, pulling into OKC in the rain after dark.

The next morning, I left OKC an hour or so before first light, enough time to make it to Elk City, Texas where the sky started to brighten. The day had begun. I had high hope for the day. The day was filled with stops on the highway shoulder or access roads. Like the previous day it was long. Unlike the previous day it was relatively new to me, filled with expectations of what was to come. I had been down much of the days trek before, but only with a much younger and impatient eye. This trip was different.

This was a photographic road trip, period. It was not some rapid transit between point A and point B. It was the beginning of an adventure. The truck was filled with cameras, lenses, tripods, film; all the required paraphernalia for such a trip. The entire backseat was filled with gear....and a single guitar. All personal items were stashed in the truck bed.

This photo mosaic begins at sunrise in Elk City, Texas. It ends at sunset somewhere south of Farmington, New Mexico. The day was filled with sun, clouds, rain, snow, plains, deserts, mesas, and all the things that mankind does to prosper in this area. The route roughly follows the old Route 66 to Albuquerque then taking US Hwy 550 up to Farmington; some 725 miles in total.

All the photos in this set were taken with a Nikon D800E using various lenses. My shooting technique includes slow ISO and small apertures. I use a tripod frequently. I take liberty with the photos at times, particularly with cropping to wide formats somewhere around the 1:3 range. I am not above using digital tools to enhance the photographs though I do try to stay within natures bounds or at least my idea of those boundaries.

The song was recorded in February of 2020 and was mixed for this photo set. It has been titled "Road to Enchantment" for the trip to New Mexico. The guitar used is a Taylor PSJM meaning it is a Presentation Series custom jumbo style guitar. It is quite pretty and has a really nice tone when played aggressively. The lead track is from a Fender Stratocaster that has some slight string related modifications: Also a really nice tone.